If you listen to the myths circulated by some so-called boating advocates, you would think that American boaters and fishermen can’t get out on the water this summer because they’re so confused about what type of gas to buy.

Today, a new poll released by CK Motorsports, a premier certified Mercury Marine Engine & Racing service dealer, and Growth Energy answers that question and finds that despite the arguments offered by National Marine Manufacturers’ Association, 94% of American boaters find it easy to pick the right fuel and are confident in their selection.

“Critics of the ethanol industry often claim that offering higher ethanol blends would confuse boaters and cause misfueling issues, but that is simply not the case,” said Keith Holmes, owner of CK Motorsports – a premier certified Mercury Marine Engine & Racing service dealer and Throttleman of the American Ethanol Cat Can Do Catamaran. “Ninety-seven percent of the nation’s fuel supply 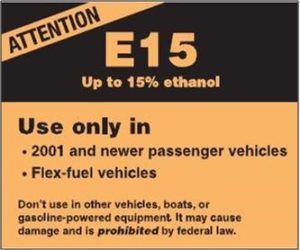 is E10 – gasoline that contains 10 percent ethanol – and all current boat engines are warrantied for E10 and have been for nearly two decades. Labels at the gas pump clearly indicate the ethanol content of the fuel, and boaters report that picking the right option is easy and worry free.”

This is the same message that Fuels America heard last year on the same topic when we hosted a briefing by users and mechanics who all shared the same view. 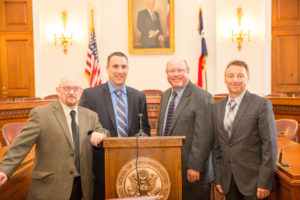 Today’s poll cements what we’ve known all along: American boaters know what they’re doing. They read labels every day on gas pumps and pick the gas they want for their boat, whether it is E0 or E10. They don’t choose E15 because the pump says it’s not approved for boat engines.

The RFS is driving investment in clean, renewable fuels that protect the air and the marine environment, break the link between the U.S. economy and global oil markets controlled by forces like OPEC.  The RFS is not forcing boaters to use a particular fuel.